Whether you have imported an existing implementation or started from scratch with new business requirements, the next step in designing your analytics implementation is to assign required variables to analytics tool variables. This assignment is done in the Assign Custom Variables module. This module allows you to map the variables you need to answer your business requirements to the specific variable numbers/data points in your chosen digital analytics tool. These assigned variables will be used later in the tag management system configuration, dashboards, calculated metrics, etc. Any items that were mapped from an existing implementation will already have a variable assignment. There will be some “out-of-the-box” items (i.e. Pages, Orders, etc.) that already have predefined variable assignments that will not appear on this screen:

The Assign Custom Variables module provides an easy way for you to inform Apollo which analytics tool variable number you want to be associated with each variable. Once you have assigned a variable on this screen, that assignment will be associated with attributes pointing to the same variable for any Apollo Event where the attribute is enabled. For example, let’s assume that the Form ID variable is assigned to the eVar20 Adobe Analytics variables as shown here:

If you later you view an Apollo Event that can be associated with Form ID, like the Form Viewed event, its variable assignment will automatically be set to eVar20: 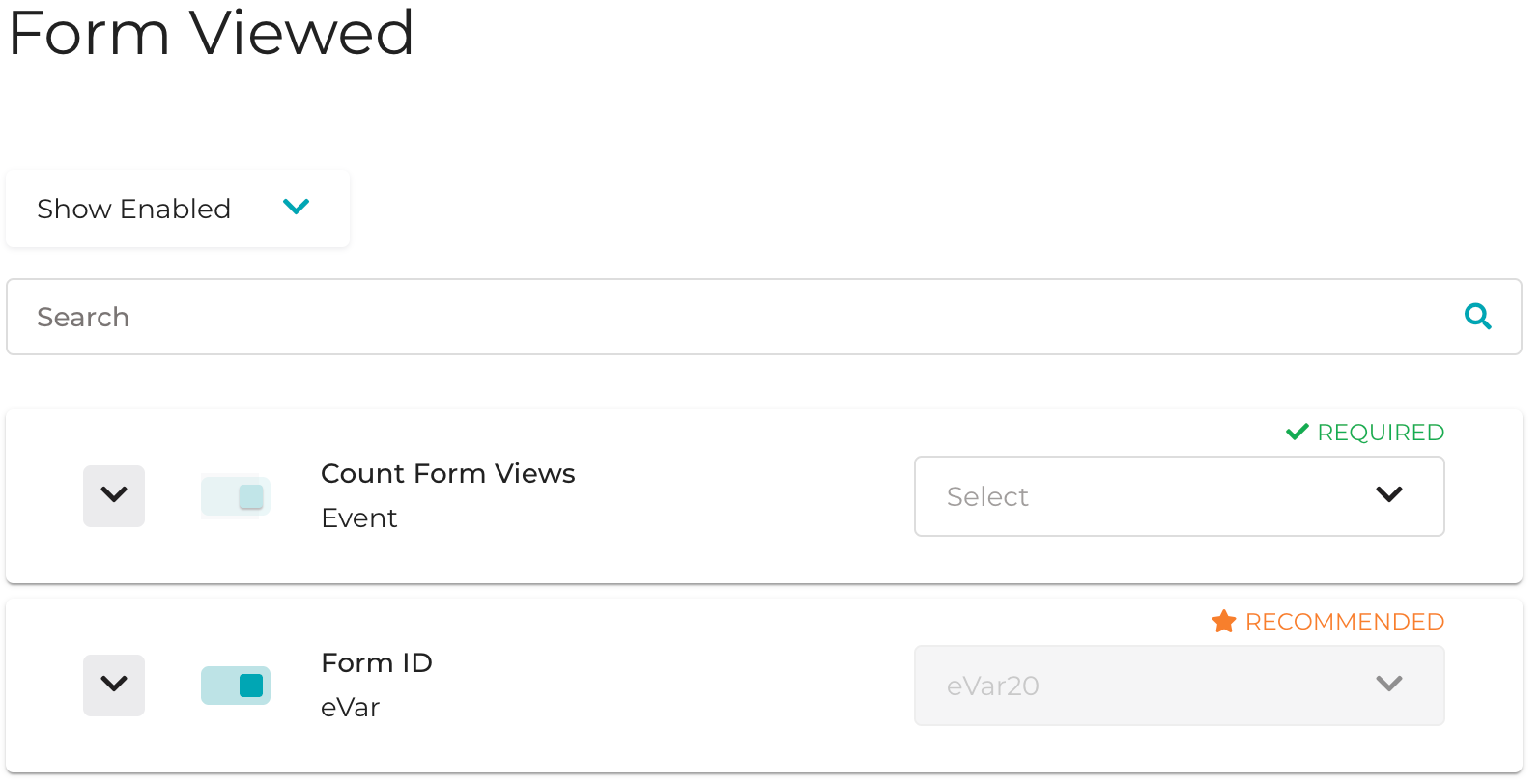 The same would be true of any other Apollo Events using Form ID.

If you are creating a brand new implementation in which you have no existing variable constraints, you can use the Auto Assign button to have Apollo automatically assign analytics tool variables to all of your variables using the next available variable numbers: 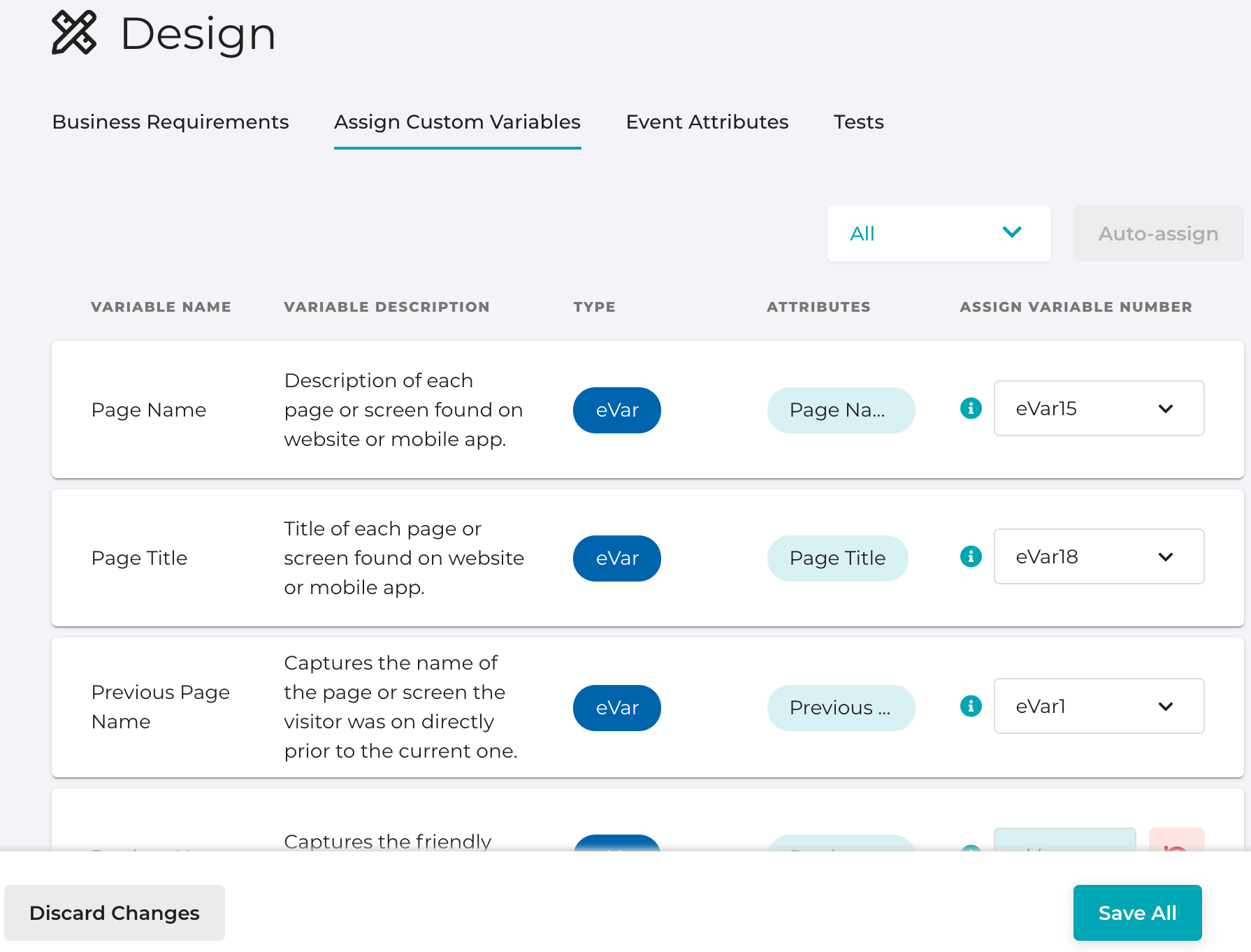 As you use the Assign Custom Variable module, you will notice that Apollo has already determined the type of variable that will be used for each Apollo variable. For example, in the above screenshot, Form Type leverages an eVar for an Adobe Analytics implementation. These variable type assignments are based upon best-practices learned over years’ worth of implementations. However, if you have a need to change the type of variable used, you can reach out to the Apollo team for assistance.

You can filter the variables on this screen whether or not they have an Assigned Variable Number. 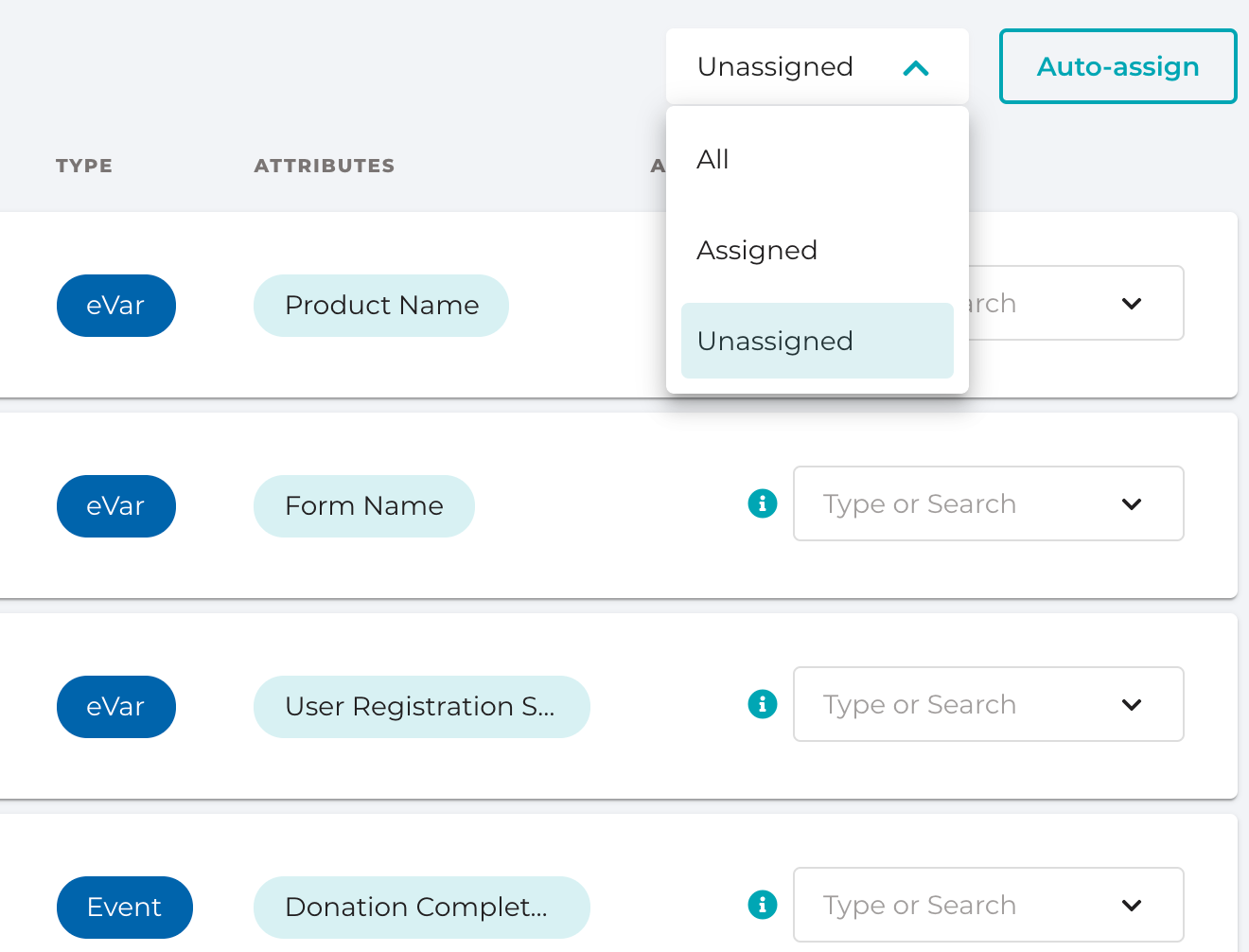 You can expand the details for any Variable and mark it as a Global Variable. Global Variables are variables set in every analytics tag, as long as the associated data source was populated with a value prior in the visit.

Marking a Variable as a Global Variable requires that you choose the Data Source you want to pull data from for the global setting:

Custom code is also added to the Adobe Analytics Launch Extension, which gets the variables via the data element: 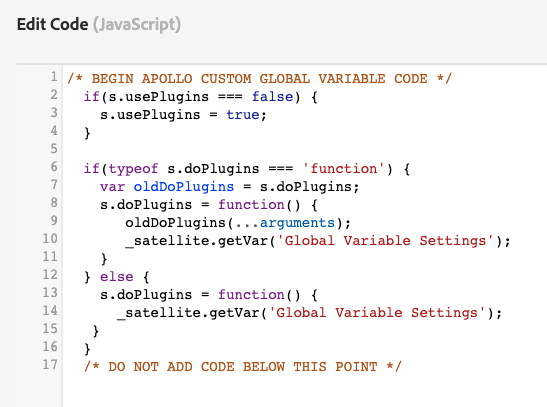